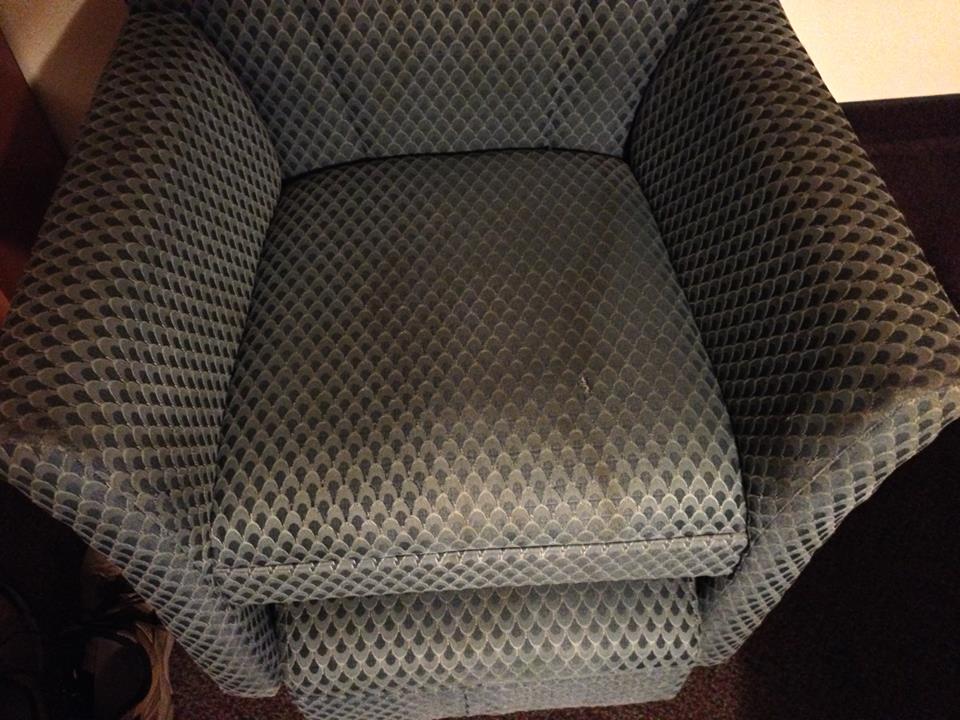 So, last Thursday night, due to driving delays with the fire, and a lack of hotel rooms in Ellensburg, Denise and I stopped for the night at the ‪#‎BestWestern‬ in Othello. We shouldn’t have.

The room was disgusting. Two out of the three chairs had massive stains of unknown origin that covered almost the entire seat, and one up the back and arms. The bed had no bedspread- just another sheet over the blanket and sheets on the bed. The only up side was the bathroom appeared fairly clean.

Upon waking up the next morning at 7:45 to the sound of someone hammering on the outside wall of our room, I went to take a look out the window to see what all the noise was about. I couldn’t see a thing, due to a large banner which was hung over the entire window, blocking any view and likely making for a rather unsafe emergency egress in case of fire. At some point, the “mad-hammerer” removed the banner, and I could see renovations going on. As if that wasn’t enough, adding insult to injury, the complimentary breakfast included chunks of mold floating in my cup from the apple juice dispenser.

Sound too nasty to be true? Good thing I took pics and video! Enjoy! And share, if you like…